The Compleat Idiot's Guide to PBCS No. 13, LCM aka Application Management

I have been accused of being somewhat conservative in my consulting career:  taking the simple approach over the clever even when the clever is…clever ‘cos it inevitably blows up when the consultant genius who put it in leaves/is fired/can’t get it to work in the new release, never develop in production (oh, the arguments I have over this and if you think “There’s no test like production” you’ll be sooooooorrrrrrrryyyyyyy), actually running calculations through regression tests, and always making sure I’ve got stuff backed up before I make a change.  You say cowardly, I say deeply burnt by terrible experiences and am thus quite good at avoiding danger.  That’s why you hire experienced practitioners – they’ve (or at least I’ve) made almost every mistake there ever was and have learnt to never ever ever ever do it again.

And with that, we’ve come to an awfully important part of our series, and one that I jumped over but didn’t forget in my excitement over diving into how to manage the Vision PBCS application.  In a word:  backups.  Boring, yes.  Vital, absolutely when things go pear shaped.  And PBCS gives you two (sort of) different ways of doing it.

I’m not going to recap how to do an on-premises Essbase back up as I’ve covered it here:  A lightweight, modular, and better Essbase backup.  So long as I’m trying to encourage you, note that the code I’ve written is error checked, parameterized, and extremely lightweight.  I’ve seen more complex backups – actually a lot more complex, cf. my comment about complexity vs. simplicity above – but I haven’t actually seen any that back up Essbase more completely.

But when it comes to Planning and FR and SS and who knows what else, an Essbase backup isn’t going to cut it.  Instead, in the on-premises world, we use LCM to either back up application components through the UI or via the LCM utility.

NB – Some of the more perspicacious amongst you may note that LCM backups Essbase data as part of the Planning application.  That’s as true as far as it goes but it’s pretty crippled and a far more flexible approach is to have a separate Essbase backup.  To each his own.

In the land of Cloud (Sky of Could?  Heaven of Cloud?  Hope and Glory?) things are both easier and the same.  But I’m getting ahead of myself.  Let’s stick with Good Old On-premises for the time being.

What’s easier to archive?  Essbase via that backup code I wrote?  LCM backups of Shared Services groups, users, and provisioning?  Or Calculation Manager?  Or Financial Reports?  Or the Planning application itself?  All of these must be (at least in the UI if LCM is to be used) backed up one after the other.  It’s a complete pain. 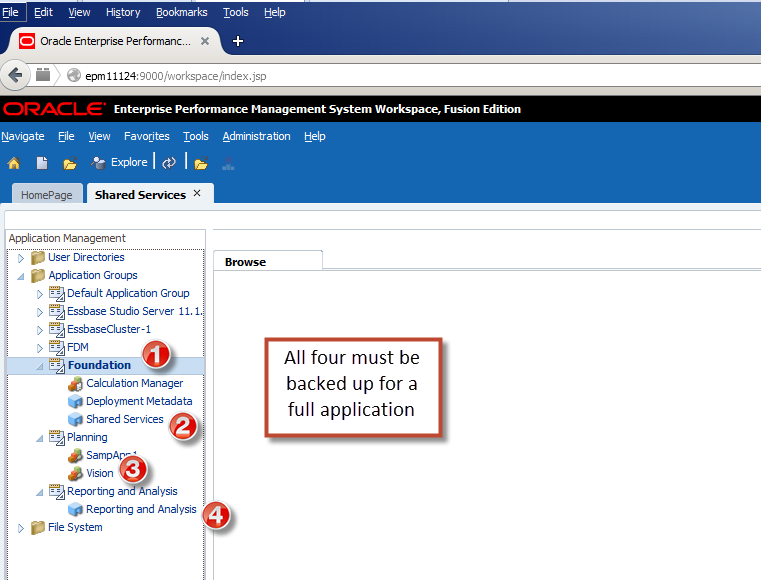 You’d have to (and we will do this in the next post) script the whole thing using the Lifecycle Management Utility and then schedule it unless you really are a glutton for punishment.  All of my readers (the three or four of you) are of course of the Best and Brightest so there’s little chance of that happening.  Right?  Right.

In the meantime I will spare you the selects and exports but here’s what you end up with: 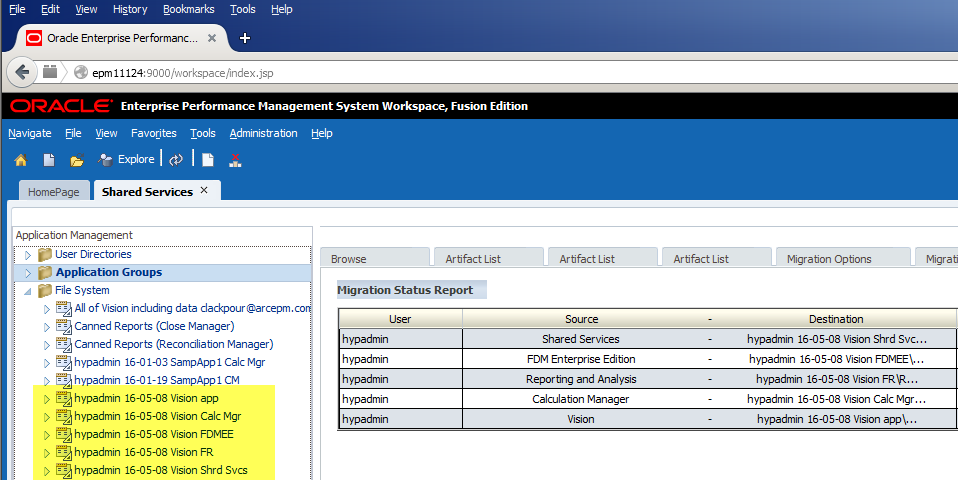 Navigating through the products isn’t so awful, it’s just that I had to select ‘em all.

Downloading it is dead easy: 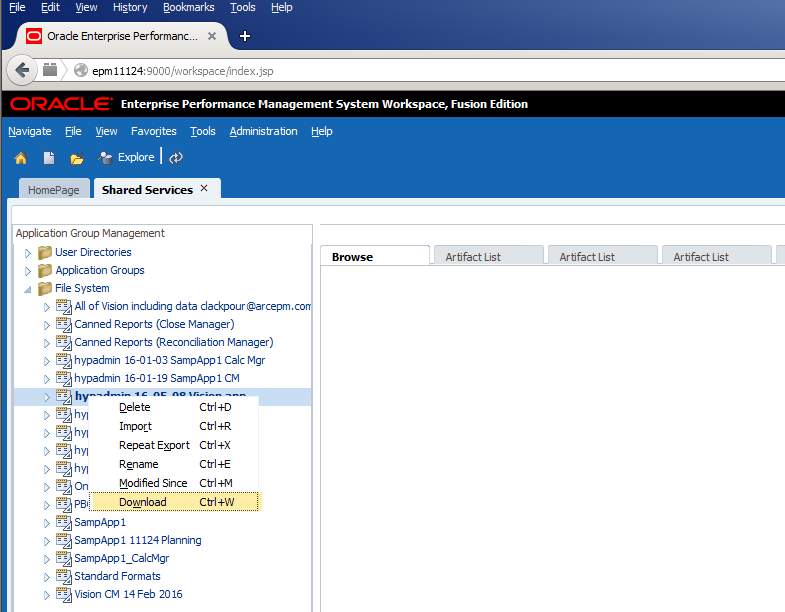 And here it is on my local drive:

Do with it what you will.  In the real world, a nightly export is often archived off to a safe location.

Not really Workspace, not really the Simplified Interface

And in PBCS?  It backs up the application automagically each night.  There’s no need to script anything or run a utility or fire up your OS’ scheduler or think about having a separate Essbase backup (although the backups are a bit odd – see my post on migrating from PBCS to on-premises).  It just isn’t necessary.  All that you, Gentle Reader, need to do is to make two simple selections  from the admin landing page. 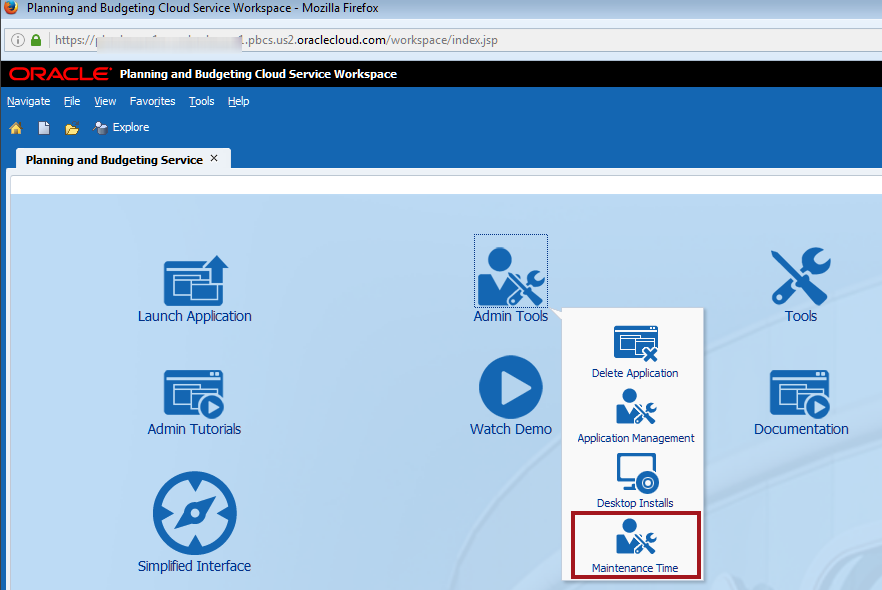 And then pick when you want the backup to occur having set your time zone. 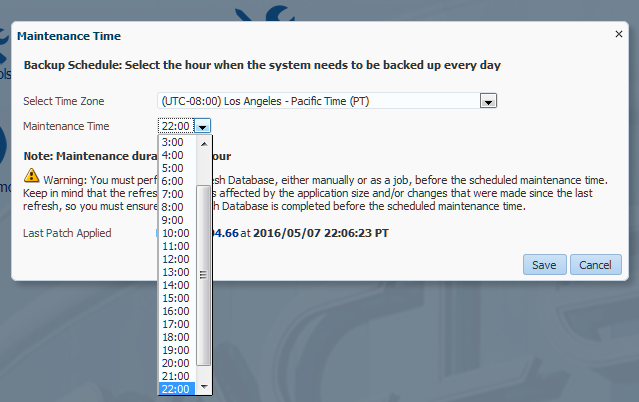 And you are done.  That was nice, wasn’t it?

So just what does the scheduled snapshot show?

Let’s go take a look from the traditional soon-to-be-gone Workspace: 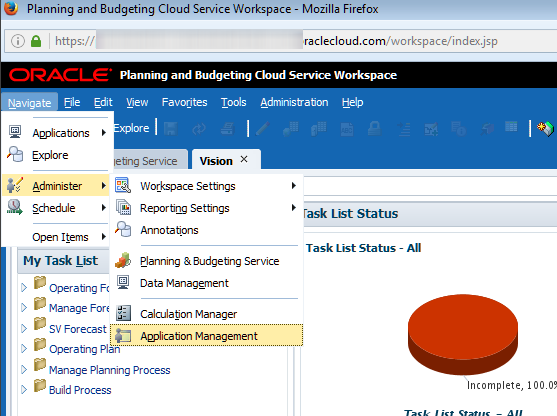 And there it is.  Instead of on-premises’ “File System” LCM backups are called “Application Snapshots”.

The Artifact Snapshot is the system-generated backup and it has everything but everything all together. 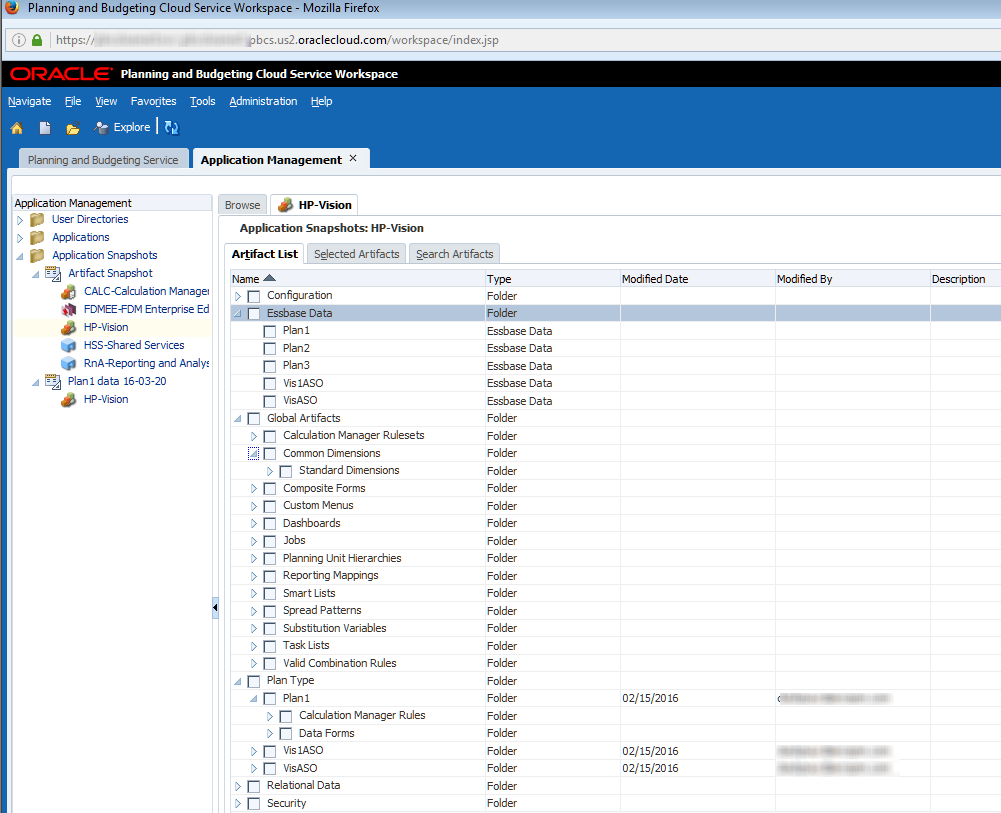 Just as with on-premises, if last night’s backup needs to be restored or just a part of that backup, simply navigate to the object and click on import:

And then confirm that you really want to import the object:

Also note that the Migration Status Report shows the nightly backup.  Of course that makes sense because that’s exactly what was scheduled.  If you’re trying to reconcile the time between what you see in this screenshot and the Maintenance Time dialog box, remember that 22:00 Pacific = 01:00 Eastern.

All or nothing at all 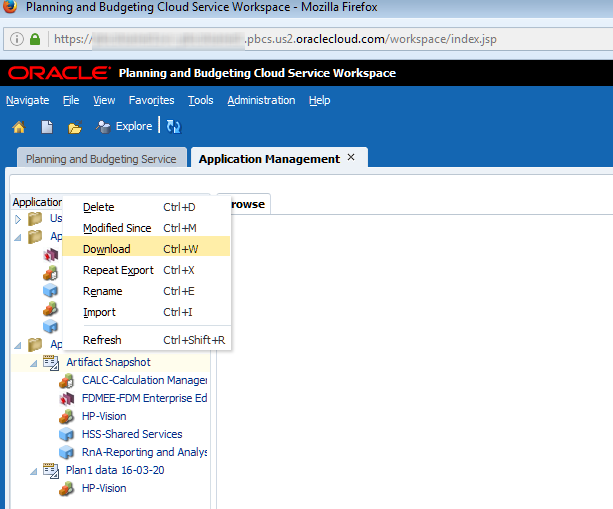 And here’s a bit more than the on-premises backup as I only downloaded the Vision Planning application.  Remember that on-premises doesn’t combine products.

You have a choice

That’s the scheduled export.  What about if a manual backup is needed?  This use case is solved almost exactly the same as on-premises LCM:  pick the product, click on Select All then Export then name the file: 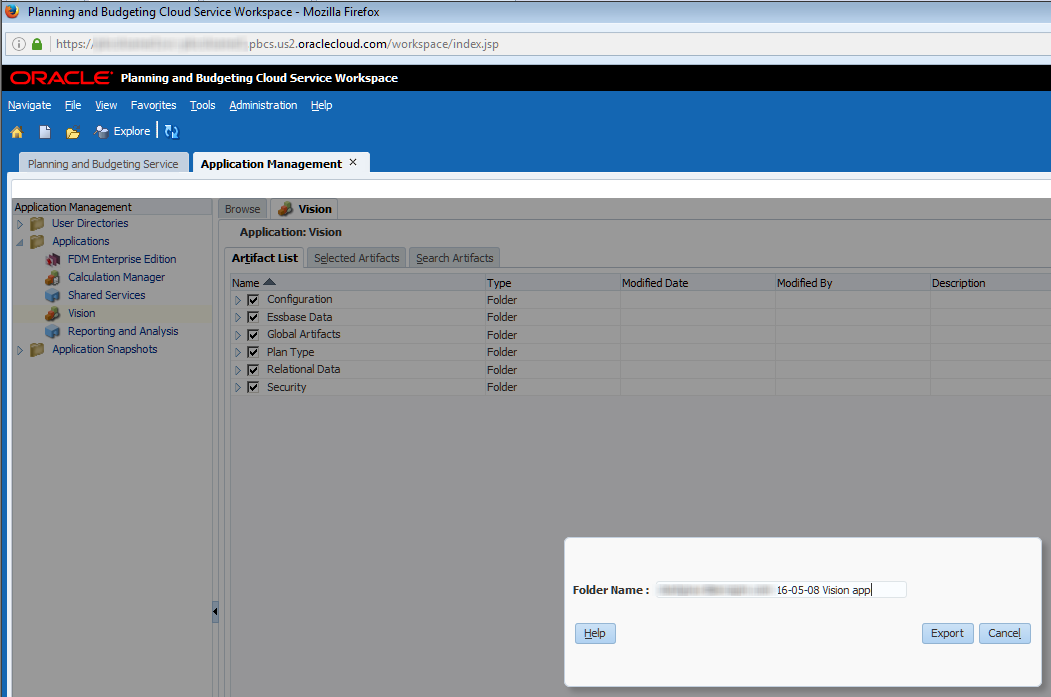 Ta da, we have a single product export. 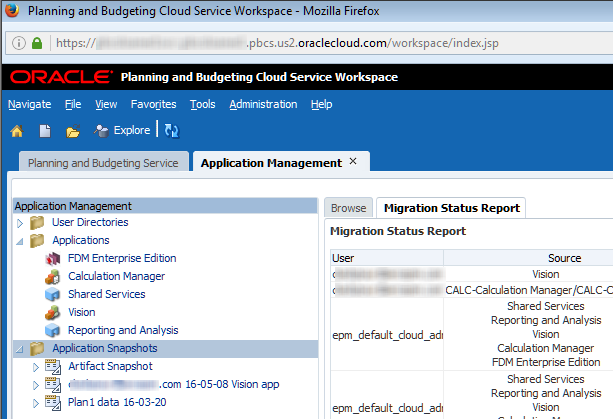 What about the Simplified Interface

It’s a bit of a work in progress.  Oh, it looks like it’s there in the Navigator.  So go on, click on it: 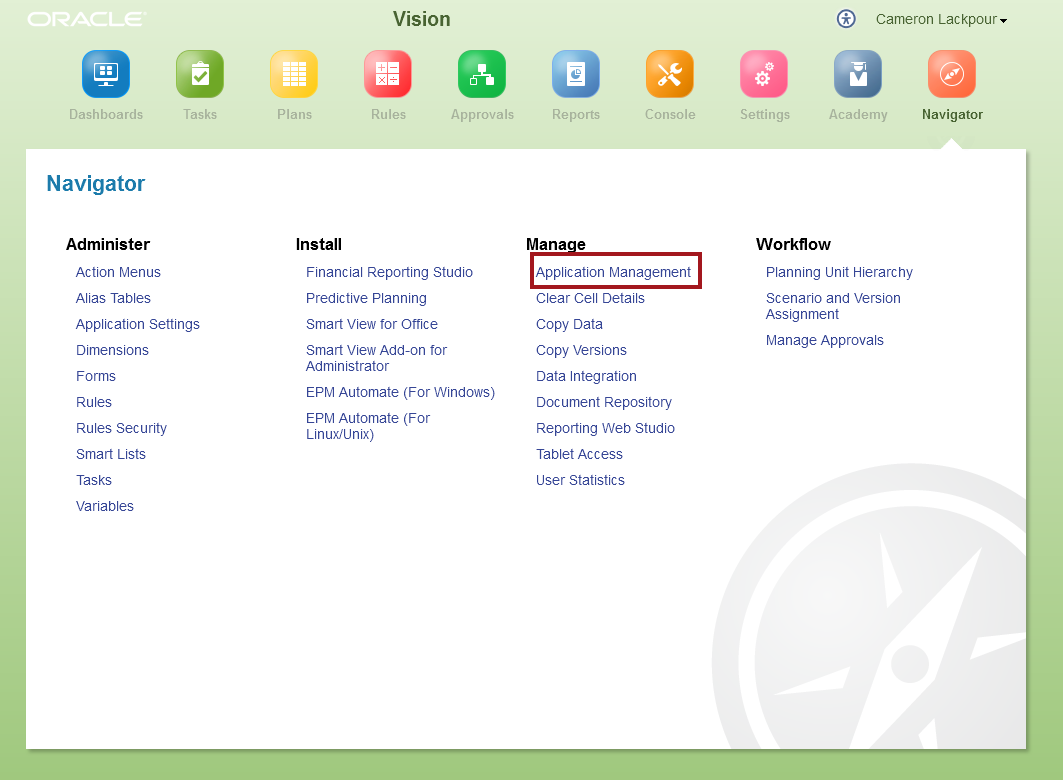 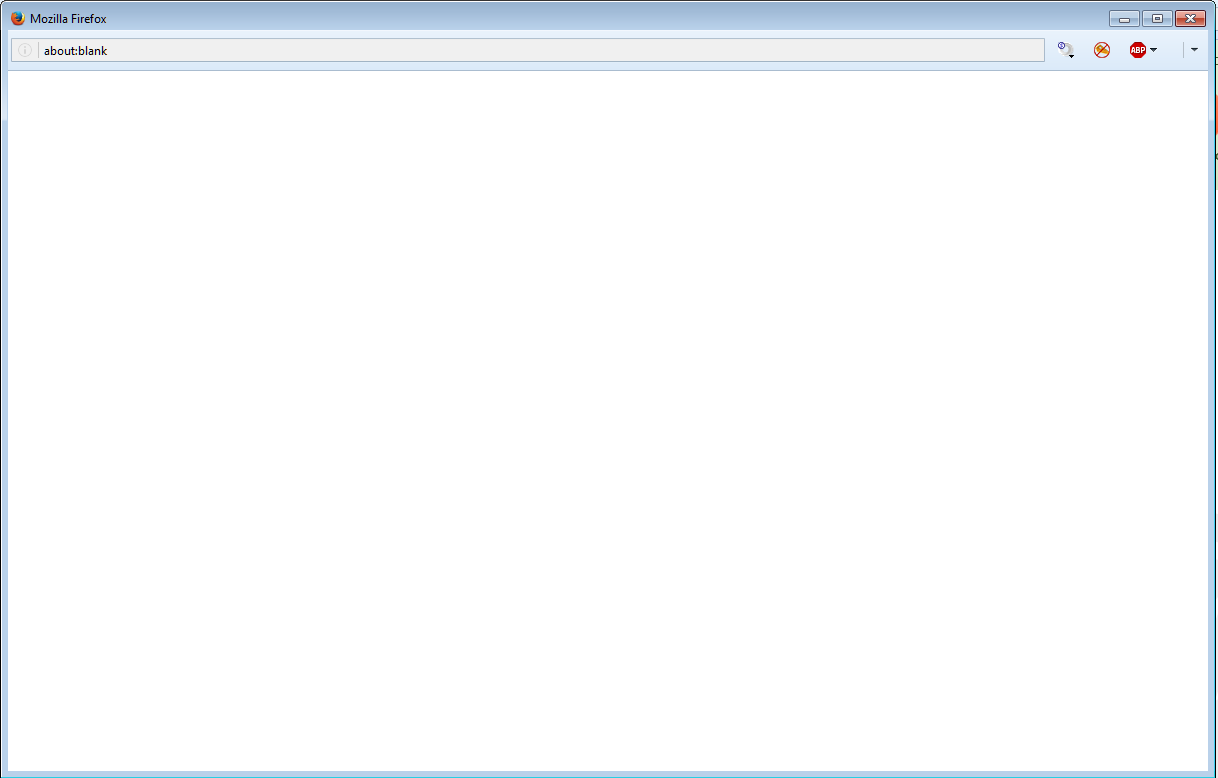 And here we are again: 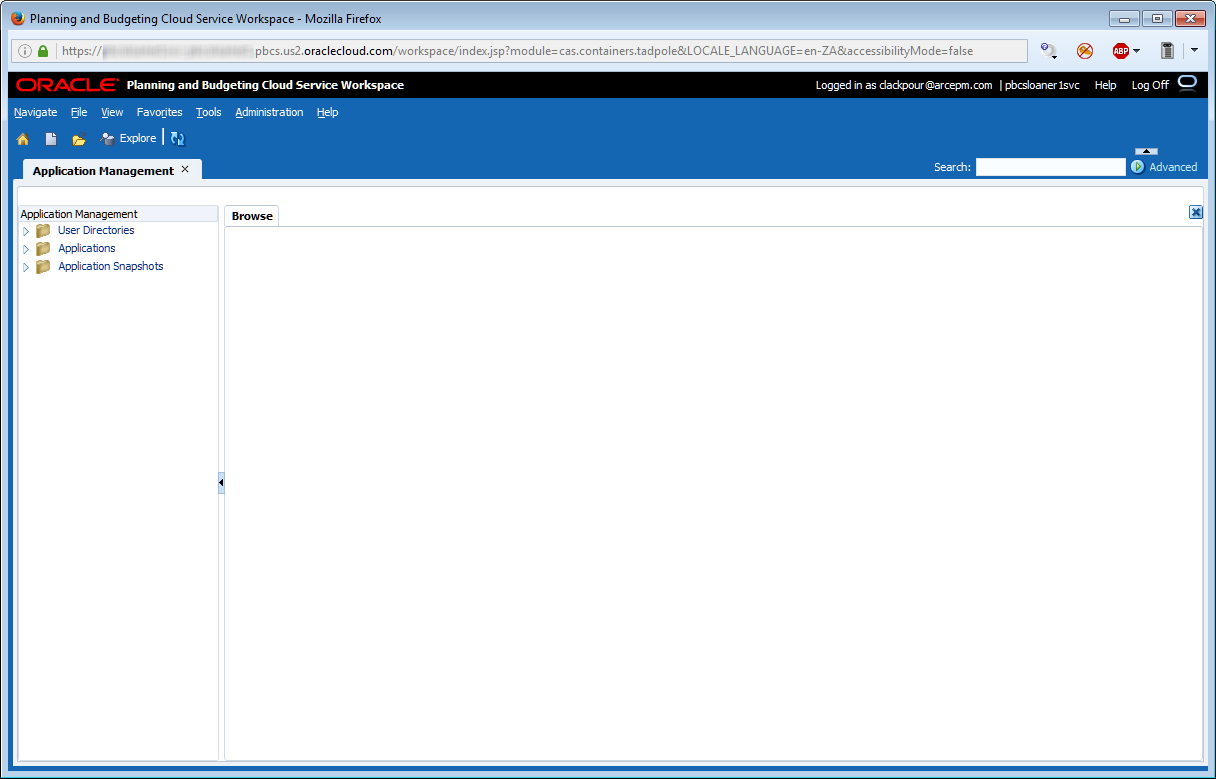 Look for this and everything that is in Workspace to eventually be transferred to the Simplified Interface but not quite yet.  One of the problems with this series in particular is that PBCS is changing so quickly some of this will be out of date far faster than on-premises products.  Customers are still on 11.1.2.2 as of the date of this writing – there won’t be PBCS instances three plus years out of date in future.

How hard was that?

There are two axes of effort:  automatic versus custom full exports.  Automate PBCS backups consist of one step of set and forget.  On-premises we’ll have to tackle next time because it’s all got to be scripted and then scheduled; that post will also take on EPM Automate’s backup functionality.  Let’s take it as read that on-premises is way harder.

As for interactive backups, on-premises vs. PBCS Workspace/Simplified Interface is largely the same.  One could argue that having to navigate through multiple application in on-premises makes the process a bit harder but that’s counting how many angels can dance on the head of a pin.

Our next post will be tying all of this together – backups, metadata loads, data clears, data loads, data aggregations – in an overall script.  It’s not hard to predict which will be the more painful although if you can’t guess you’ll just have to wait till the next post and All Will Be Revealed.

Be seeing you.
Posted by Cameron Lackpour at 5:59 PM