Oh, you should have been there

And why weren’t you?  Don’t have a good excuse, do you?  Okay, not being at Oracle Open World or living in the Bay area could be valid reasons, but read below and weep bitter tears of frustration as regardless of your excuse you have missed the quite possibly the best meeting (IMNSOHO) at OOW, bar none.

That’s my cognitive level at day three of the conference – it is that kind of conference.  Or maybe it’s just me.

Tim Tow and I (and Dan Pressman was part of the funding as well) hosted this meetup and it was, I think I can say without reservation, a smash.


Look at who these people are, then google-stalk them and let envy turn you greener that Kermit the Frog.


And a few that I missed because so apologies in advance but I have my excuses:

The last bit before the pictures that are going to make you sad, sad, sad because you weren’t there

I want you to think about what Oracle did (and yes, this is bit gushing, but deservedly so) – they put their product management and development groups in front of us and we could ask anything.  And we got some interesting answers.  :)  I’ve been in the Essbase space since 1994 (Or was it 1993?  I no longer know.)  Arbor (who I loved) never did this.  Hyperion (ummm, not so much but as these guys are mostly ex-Hyperion I have to assume that this is the difference between Hyperion’s and Oracle’s culture) never did this.  The Behemoth That Is Oracle did.  That is amazing and wonderful and yes, I really, really, really appreciate it.  Thank you guys for coming to the event and I hope you’ll do so next year.

And now the snaps 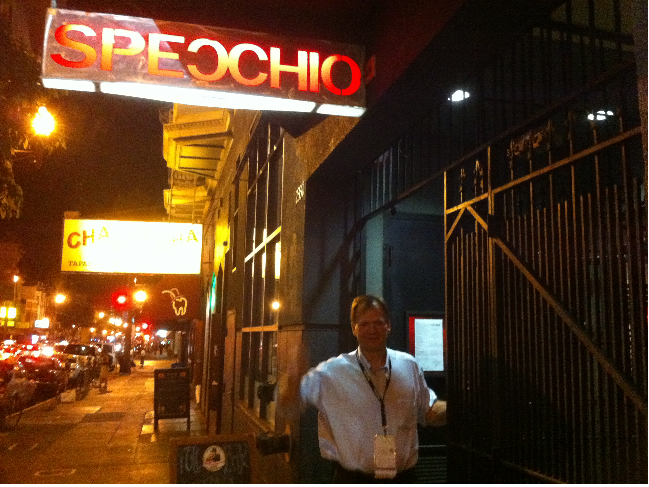 Tim in front of Specchio’s in the Mission 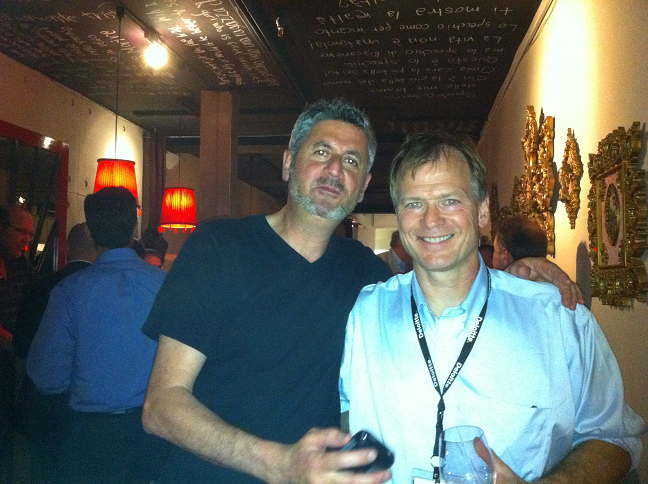 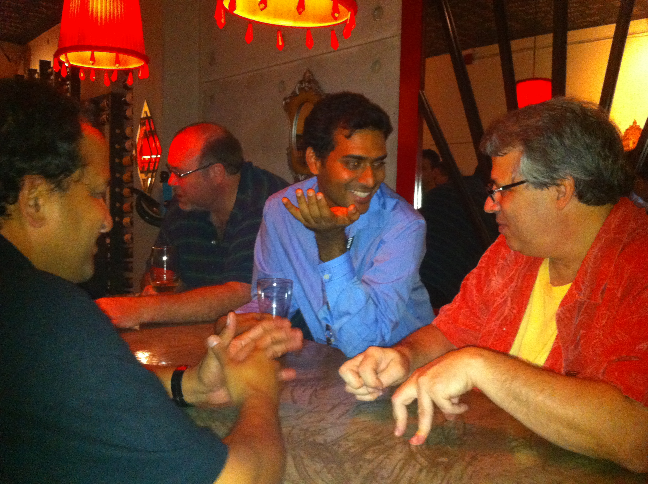 Geek to geek (btw, the geek in the blue shirt won Developing Essbase Applications at my OOW session). 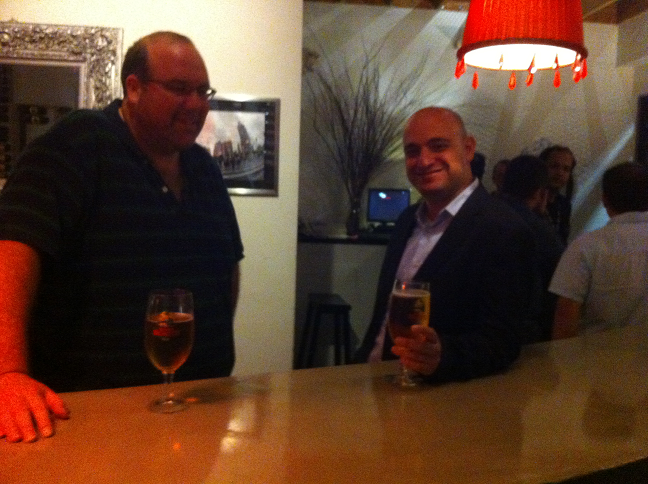 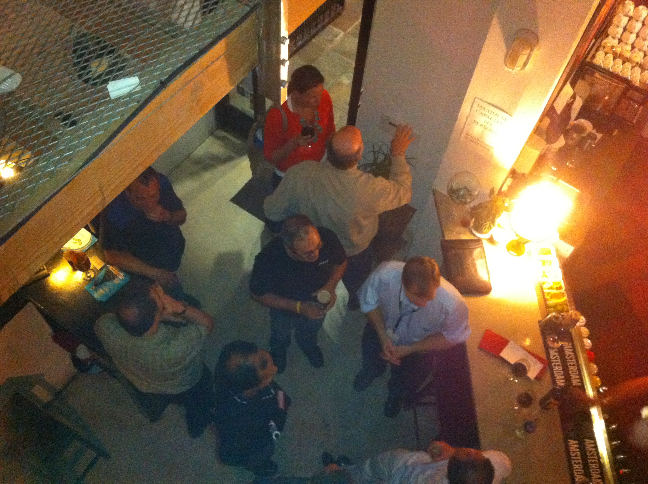 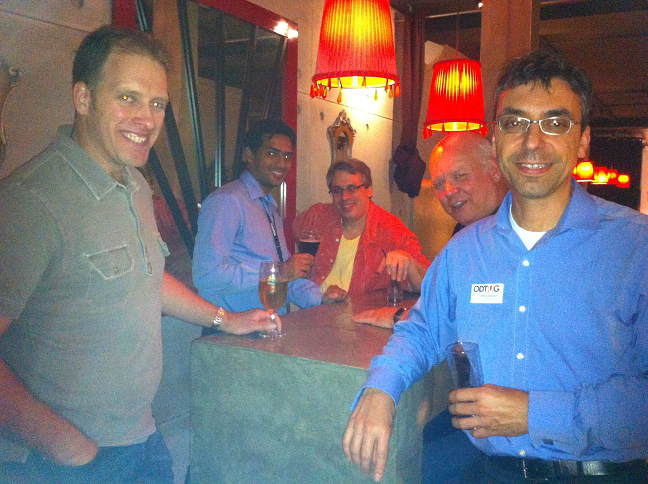 The usual gang of idiots (Okay, I have to explain that I am not calling anyone but me an idiot – that’s the way Mad Magazine described its contributors.  With love.  I think.)

And now the really nice bit

Dan Henderson (hurrah for a geek that can actually use meetup) wrote this on the meetup page:
This was my favorite social event of the year, by far. I met so many people I respect and admire, who were invariably warm and friendly, reconnected with old friends I almost never get to see, and I very much hated to leave.


And then he went on to say this:
The whole event was wonderful! Thank you *so* much! Tim talked about making this an annual event, and I very, very much hope that happens! You can count on my attendance every time. And please be sure to bring Darlene with you!


Sniff, is that a cinder in my eye?  That was terrifically nice (and completely unsolicited) so thank you Dan for your kind words.  Let’s have more people next year.  I can’t wait.


Thanks to all who came and Tim and I hope that to see you all next year.
Posted by Cameron Lackpour at 9:09 PM