The craziness continues, part the fifth

Here I am, at the first session, watching Tim German and Dan Pressman present on Hybrid Essbase. 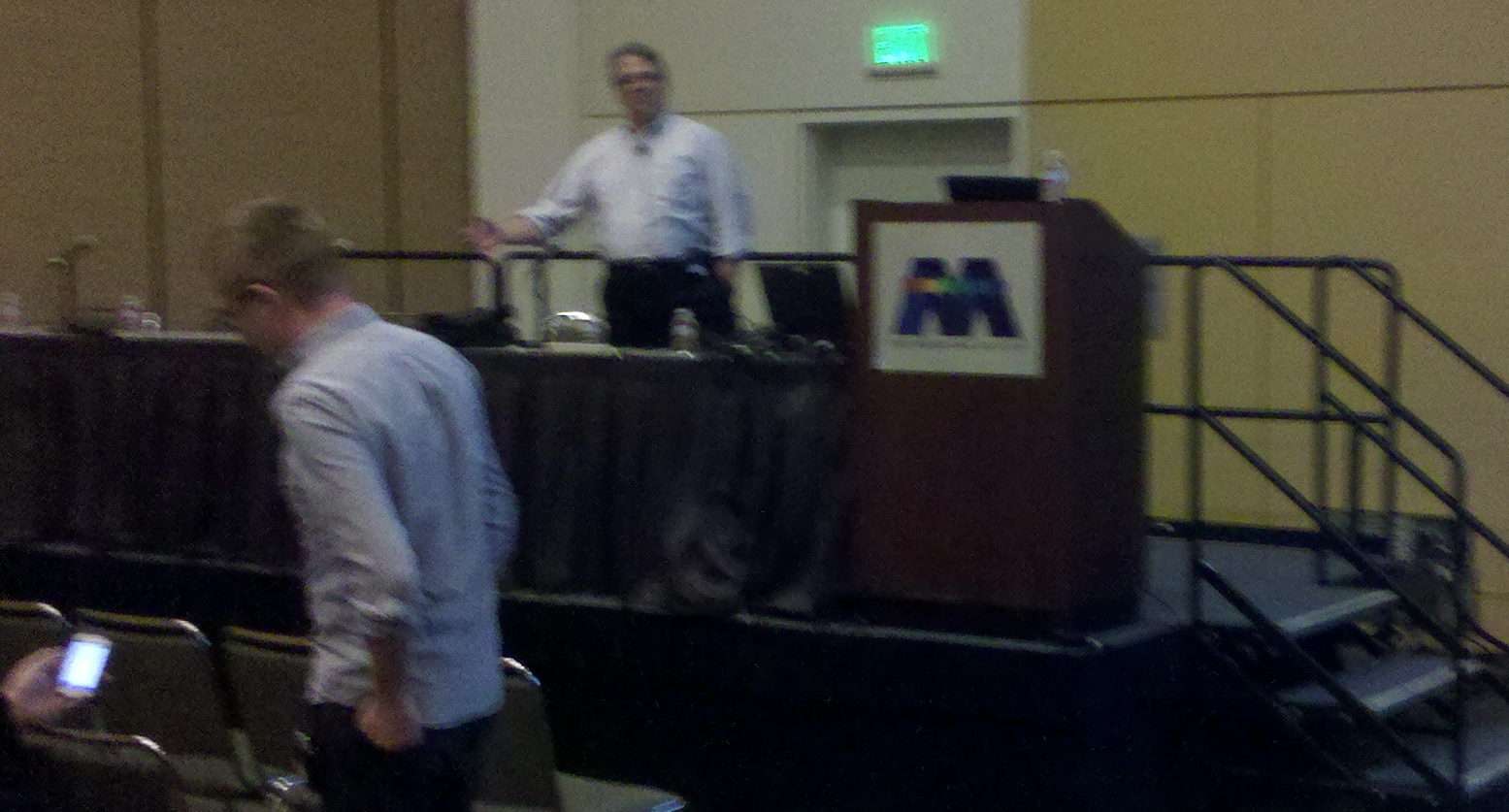 Tim and I presented on this subject at ODTUG’s Kscope14 session.


Hybrid Essbase was released this year with Essbase 11.1.2.3.500 and really is a revolution in Essbase.  ASO on top of BSO (technically, I believe that it is really ASO-like but is so close in functionality it’s functionally equivalent) obviates the need for ASO reporting cubes, slow BSO calcs, BSO size, etc. really is going to change what we do with Essbase.  I am very, very, very excited about this tool.

Above are Kumar and Steve talking about some Really Cool Stuff.


You will see some of the Kumar Secret Essbase Sauce below as it relates to Exalytics.  Yes, I did ask if it was okay to blog this.


And remember that this is all safe harbored, so no promises, no dates, no nothing.  All of the below may happen but who knows.  Don’t hold them to any of this, and don’t make any plans (other than pondering it).

You see Mitch Campbell speaking, with the by-now-surely-well-known Steve Liebermensch and Gabby Rubin up on the dias.  Essbase is moving in new directions, it’s up to us if we will invest the time and training we’ll need to follow.

Sob, this is the last session of OpenWorld.  It has been quite a whirlwind with meetings, meetups, old and new friends, and just general activity.  I am both sorry that it is over and oh so glad all at the same time.

Glenn Schwartzberg, aka My Man In California aka the-older-brother-I-wish-I-had-but-the-sentiment-is-not-reciprocated is speaking on selecting a reporting tool for EPM.  As always, good stuff, even if he doesn’t think so.  :)

And that’s the end.  Whew, I have blogged, tweeted, talked, texted, and just in general social mediaed myself into a tizzy.  I am ready for a break.

But I’ll be back in a little bit with (hopefully) some interesting technical stuff.  The learning and fun never stop – it would be a bit boring if it did.
Be seeing you.

Posted by Cameron Lackpour at 12:42 PM

Cameron this a great job you did and still doing, really nice coverage! But please buy a real camera (http://www.lesnumeriques.com/appareil-photo-numerique/gm1-p17408/test.html).

Also fully agree regarding what you said in previous paper : a PHD is required for OBIEE.