Going back to the beginning

Alas and alack, no.

Although I have searched for just such a device, to my knowledge there is no WayBack Machine that can take me back to 1992.  Yes, that long distant time from the 20th century before the Global War on Terror, before the Internet (at the time I had an AppleLink account which gave me email  to someone actually outside of my Fortune 50 employer as email used to stop at the company network’s end – it was a different time), a time when I did OLAP on an IBM mainframe using Comshare’s System W, and a time when all of the hair on my head was 100% devoid of grey.

22 years is a fair clip ago when it comes to personal history and it is an eternity in the technology field.

And yet there has been in my professional life a constant since that time (for me it started in 1993 or 1994 but give me artistic license).

Note to young people (like, oh, under the age of 30) – once upon a time, people (honestly, even the women had to wear ties of a sort)  in corporate America were expected to wear a suit and tie (all the time – to the bathroom, to lunch in the cafeteria, on the way out the door – always), took notes on paper (actually, I still do), had 3270 terminals at their desks (nope, don’t have one of those, thankfully), etc.  In other words, “The past is a foreign country:  they do things differently there.”

With that preamble, what might be the one constant from early in the Clinton administration?

No, not suits – those are gone except for weddings and funerals.

No, not rolodexes – they were obsoleted by smart phones.

No, not mainframes – they are certainly around but are no longer the primary target of corporate IT.

It’s Essbase.  Yes, Essbase is that old – over 22 years.  If Essbase were human, it could vote, marry, take a loan out for a house, buy a gun, and serve in the armed services.  In other words, Essbase is a mature product.

That it is still around, largely in its original form is testament to its genius.  Yes, there have been many improvements and additions, but at its core, Essbase still does what Essbase did when it was first invented by Bob Earle and Jim Dorrian back in 1992.  Don’t believe me?  Take a look at the patent for BSO Essbase.  Yes, of course ASO Essbase is internally quite different, but read that application and see if what was described is all that functionally different than what it does today.

Not a time machine, but something almost as good

As I wrote, I haven’t found a time machine.  But I recently did get to spend a fascinating afternoon with one of the two fathers of Essbase – Bob Earle.  I must hasten to add that this is because of the generosity and contacts of my good buddy Tim Tow who seemingly knows everyone.

Fellow ODTUG board members Tim, Natalie Delemar, and I met Bob for a few drinks at a hotel in Seattle.  We were all there because of the ODTUG board face to face meeting (we have two a year, one right before Kscope14, one six months earlier, usually in the host city).  This was our chance to meet one of the progenitors of Essbase and we were all quite keen to meet him. 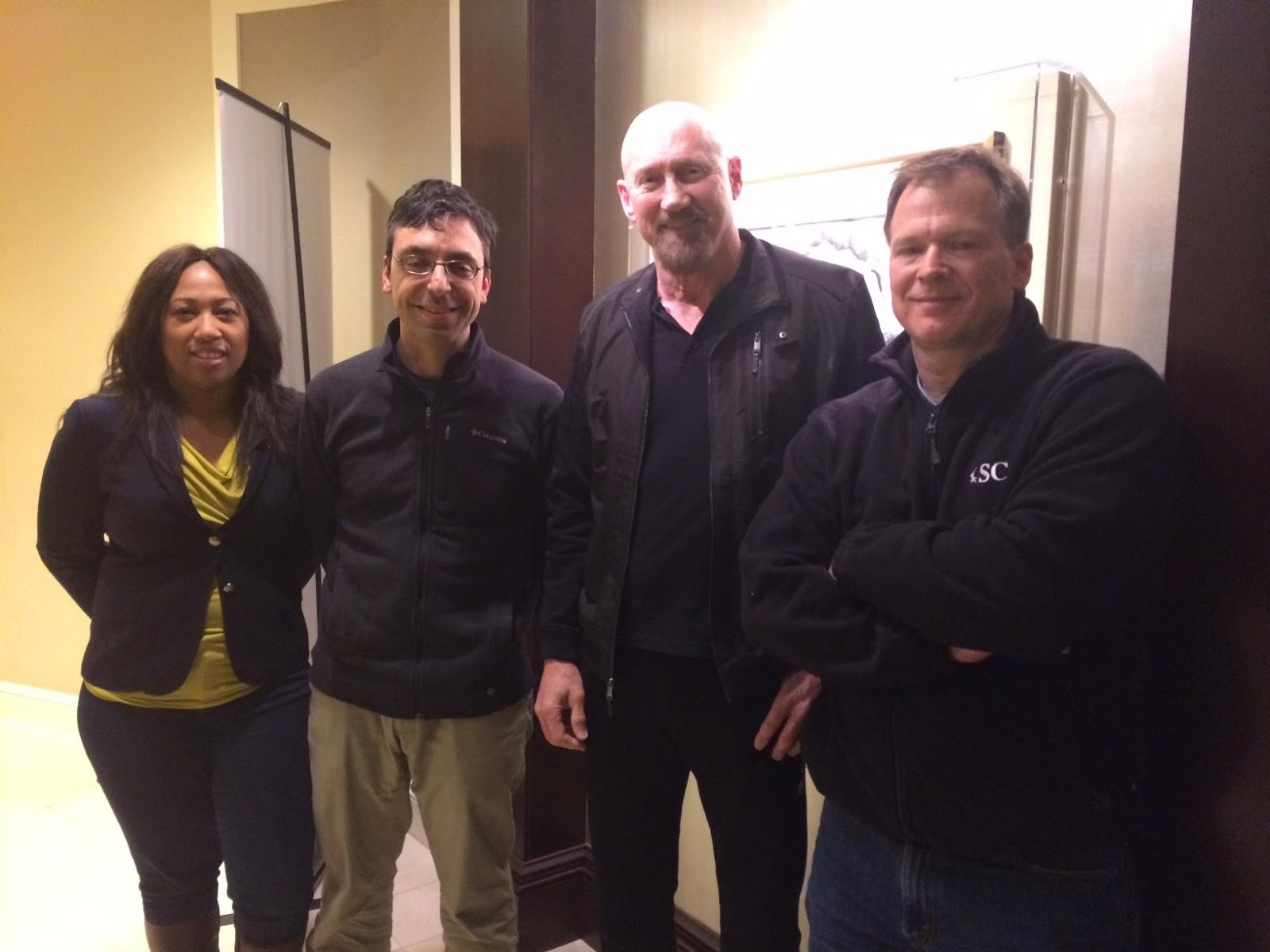 Bob is an incredibly self-effacing guy.  He was astonished that Essbase was still around, amazed that people cared about it so much, and was, I think, sort of gobsmacked that we were so interested in his story.  He was also very clear that he was only one half of the team that invented Essbase.

Essbase was an idea, an opportunity, and (I think) a really fascinating and stressful chapter in Bob’s life.

I will also note that Bob is a very private person, and asked that what we discussed remains confidential.  I will say that I think he found the genesis of Essbase to be quite the roller coaster and he has completely divorced himself from the high technology world.  Take from that what you will.

It was a true honor to meet the man that set so many of our careers on the path they now are.  I’ve often thought of what I might be doing if my former boss, Mike Rose, hadn’t thrown Comshare’s resold version of Essbase on my desk and said (I am paraphrasing, but this is pretty much as it happened), “My mainframe costs are killing me, see what you can do with this product.”

The rest, as the saying goes, is history.

Here I am with the guy that unwittingly landed me right here at this blog. 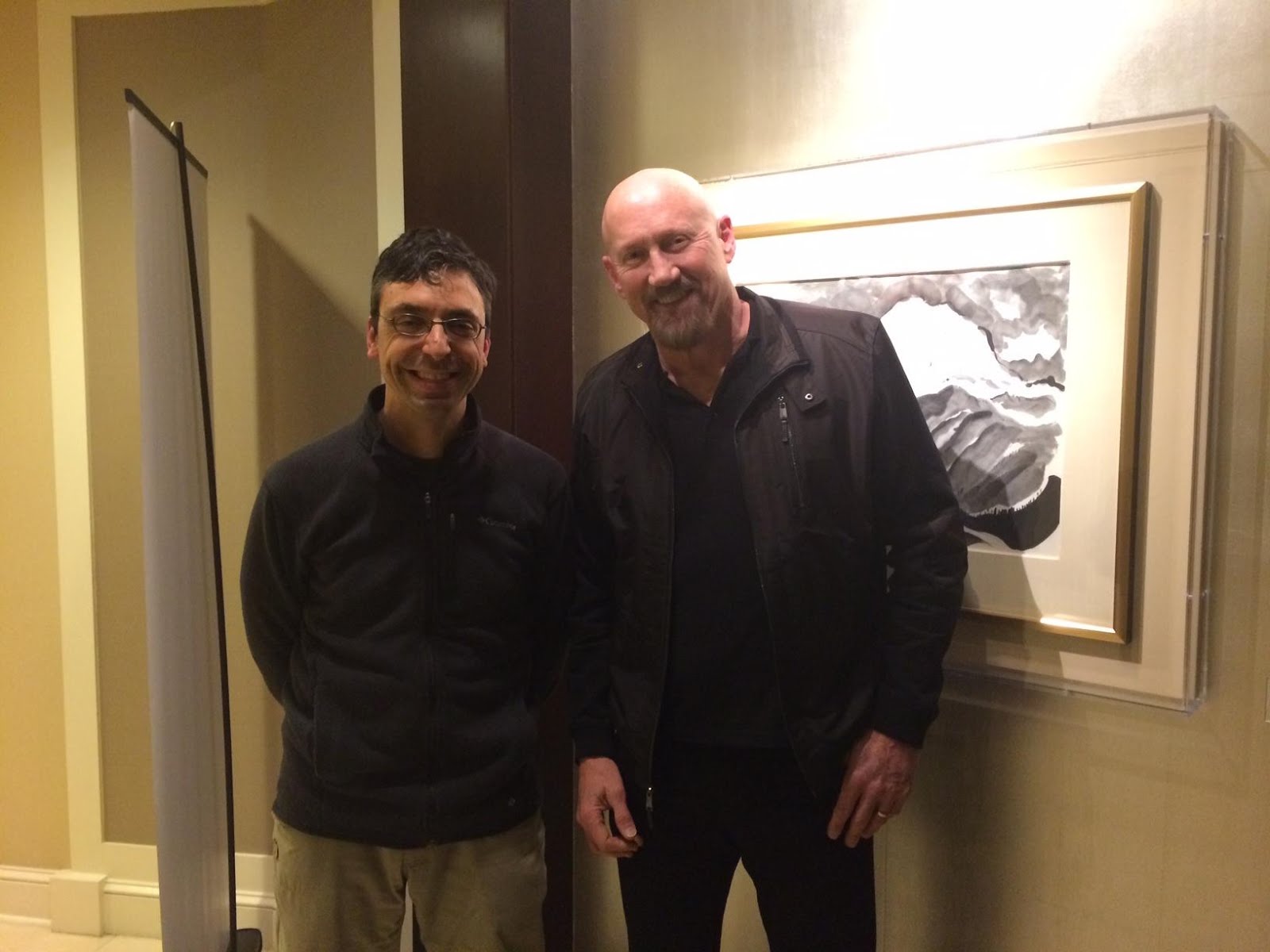 Sometimes you can go home again.

Posted by Cameron Lackpour at 9:46 AM

It's really amazing to have an opportunity to meet the creators of the Essbase. Finally, we got to see Bob Earle. Kudos to you all