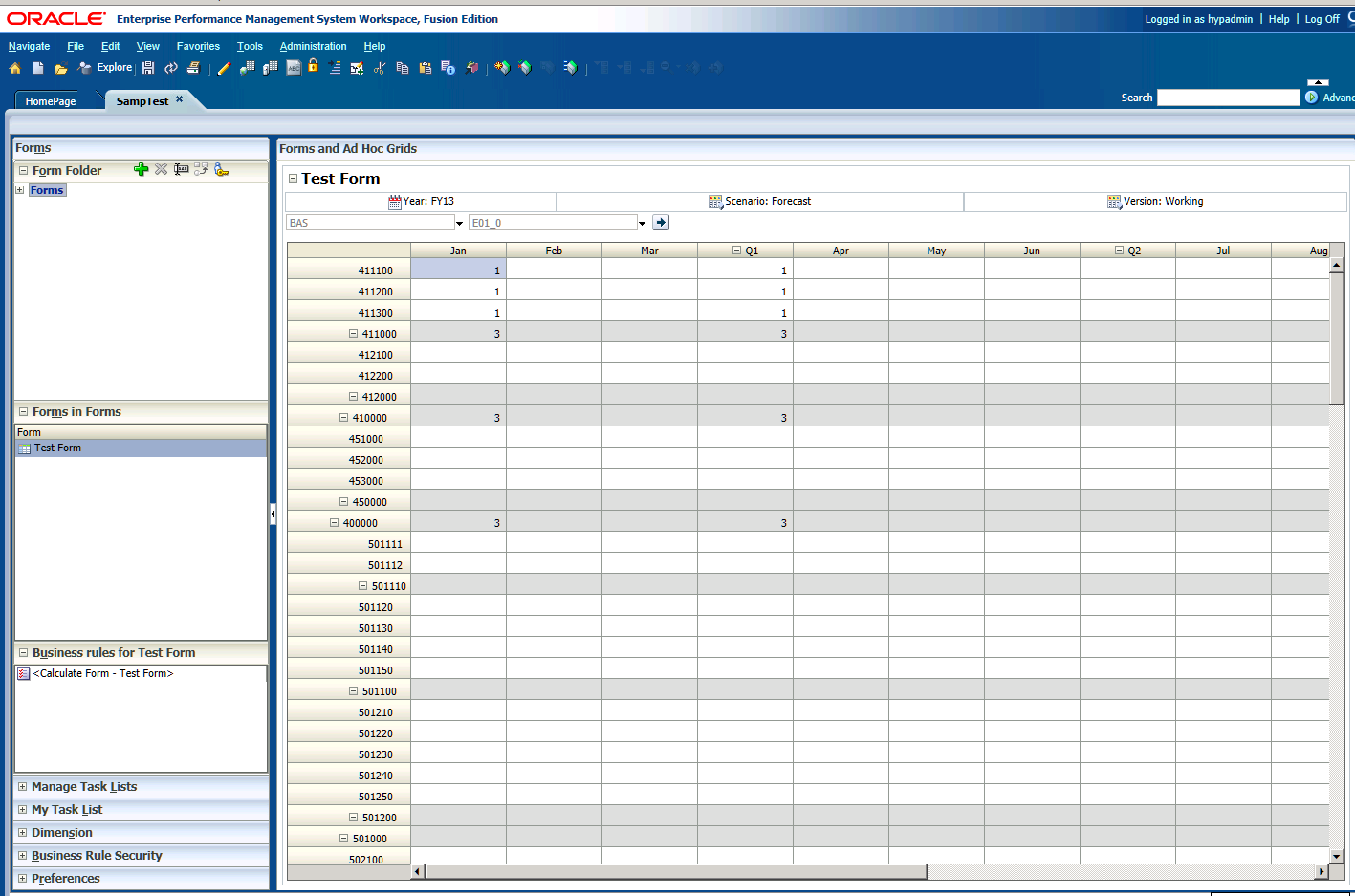 Posted by Cameron Lackpour at 8:38 AM

Great post! Since you have the ability to set the Block Suppression on a planning form, and the setting already exists in Options-Data-Mode. It would be nice, ER already submitted :), to be able to turn that setting on for Essbase provider connections.